The Acropolis of Rhodes dominates the western and highest part of the city. It was not fortified like most ancient acropoleis. The sight includes – monumental zone with Sanctuaries, large temples, public buildings and underground cult places. The buildings were built on stepped terraces supported by strong retaining walls. It was “full of fields and groves”, in the words of the 2nd c. AD orator Ailios Aristides. The style of the Hellenistic architecture on the Acropolis of Rhodes was perfectly conveyed by the combination of natural beauty and artificial transformations. The buildings on the Acropolis date to the Hellenistic and Late Hellenistic periods (3rd-2nd c. BC).

The most important monuments in the archaeological zone are the:

It is found on the northern edge of the Acropolis and orientated E-W. Four oversize column drums and parts of a capital and architrave still to be seen on the site are an indication of its original monumental character. This was where the Rhodians kept the texts of their treaties with other states. The temple stood in a larger temenos bounded by a stoa on the east.

This stands on the southern part of the hill, on the west side of a large rectangular terrace. It is orientated E-W. It was a peripteral temple, but smaller than that of Athena and Zeus. Part of the NE side had been restored with four columns and part of the architrave.

The Stadium, with an N-S orientation, is on the SE side of the hill; it was excavated and restored by the Italians. It was one stadion in length, namely 600 feet or 210 meters. The authentic original surviving parts are the sphendone (rounded end with turning post), proedries (seats of officials) and some of the lower seats in the auditorium. Also preserved is the starting mechanism for the athletes.

Northwest of the Stadium is a small restored marble Amphitheater. It held some 800 spectators and is thought to have been used either for musical events or for attending lessons in rhetoric given by famous Rhodian orators.

per TAXI - Up to 4 passengers 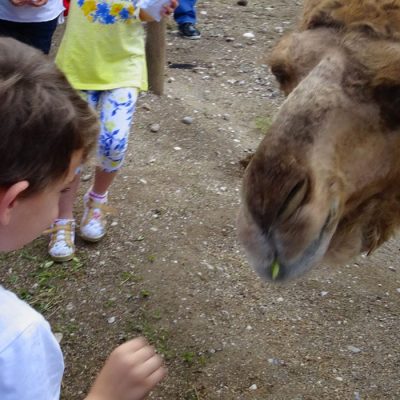 Half day tour - 5 hours
Availability : From May till October
What better way to travel with your children or grandchildren than on a private […]
From220 €
(5 Reviews)
View Details 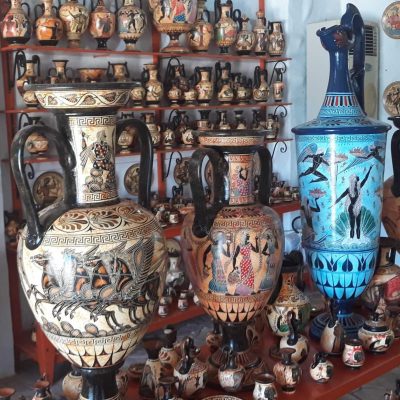 Depends on Your Demands
Availability : All Year Round
One should not leave the island without experiencing a variety of authentic traditional products […]
(6 Reviews)
View Details
1 2